Fixing the closed-question notices following changes to the software

About a year ago, the post notices on closed questions changed across the entire SE platform. This changed a number of aspects of the Q&A engine software's behaviour and how it communicates meta information about threads to different classes of users, but one particularly important change is that for a wide class of users (specifically, people who are not logged in, and users under 3k rep), the closure notice on off-topic questions looks like this:

That is, post closure notices became completely uninformative regarding the reason about why the question was closed. This is actively harmful, as it stops us from informing newcomers about what questions are off-topic and why, and from directing them to the resources that can help them get a good experience of the site.

Now, as it turns out, the reason for this is that the software's behaviour has been improved, as explained by Catija on Meta Stack Overflow $-$ the software now supports the ability to show different closure reasons to different populations: 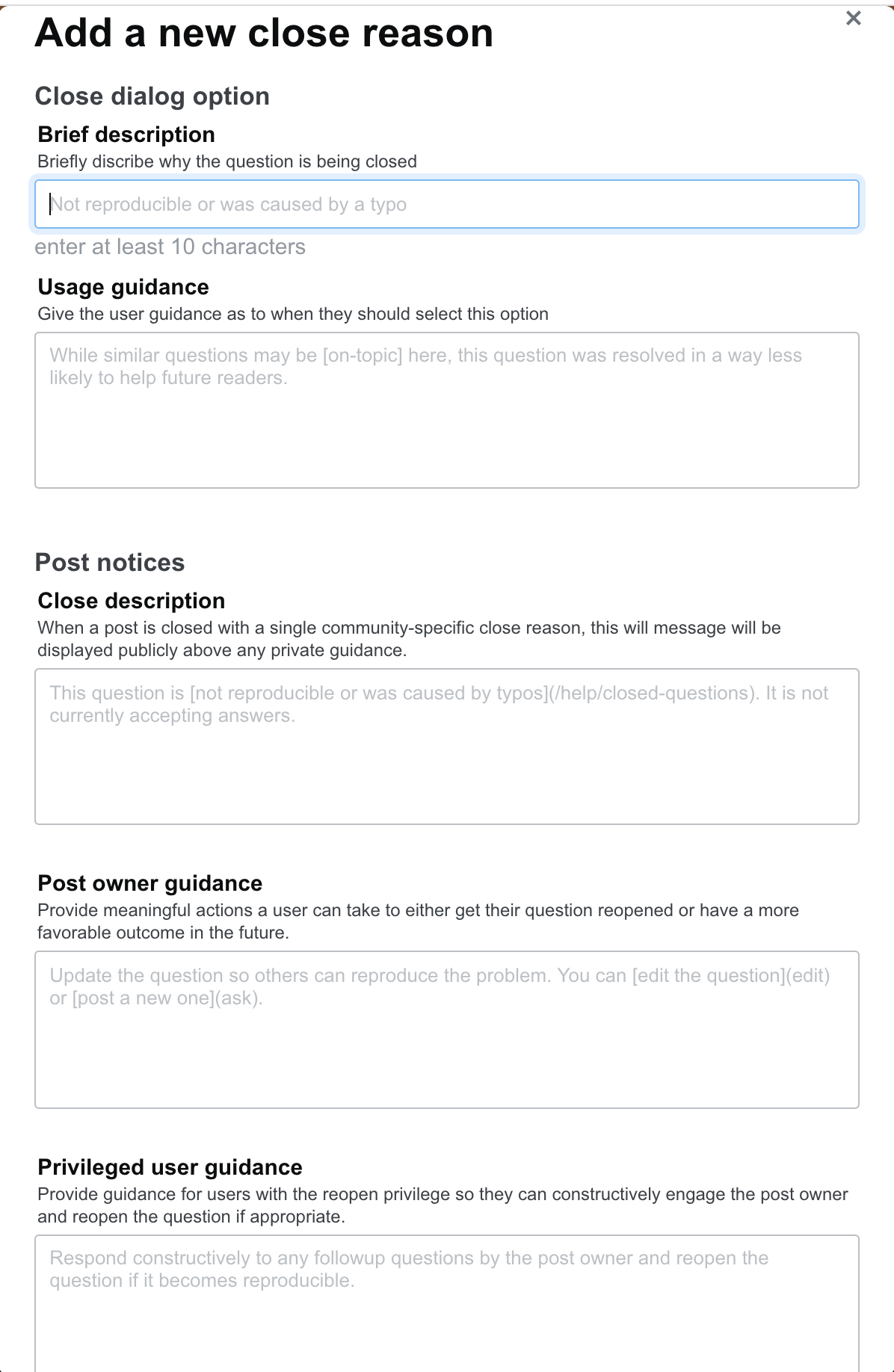 More specifically, instead of having a single text associated with the closure reason, the software now allows a detailed breakdown as follows:

As such, this presents a call to action to restore the site's functionality, as well as an opportunity to improve how we communicate our site's scope to visitors and newcomers. I would thus propose that we take on the following tasks:

Let's kick things off with the most important one - the homework close reason, which currently reads

Homework-like questions and check-my-work questions are considered off-topic here, particularly when asking about specific computations instead of underlying physics concepts. Homework questions can be on-topic when they are useful to a broader audience. If you intend to modify your question, please read the links above carefully before editing. Note that answers with complete solutions may be deleted!

As a starting point, I would propose the following:

Not the answer you're looking for? Browse other questions tagged discussion closed-questions close-reasons .

125
How do I ask homework questions on Physics Stack Exchange?
26
Should any check-my-work questions be made on topic?
4
Non-question: experimenting with custom close-reason banners in different contexts

14
Community, help us close questions!
2
(How) do we make it explicit that "please check my work"-type questions are off-topic?
1
Problem of unnecessary censorship in Physics stack exchange
1
Should we allow questions asking for a specific perspective on something which has already been more generically explained?
11
A review queue for misused tags
4
Modified closed question won't reopen
2
Are there guidelines for reopening questions?