Is the rep cap intended to be on net change, or on positive contribution? I guess it might make sense to have down-votes lower the cap, but a retracted upvote seems like it shouldn't.

I'm not too fussed about the 10 rep, but it would be a bit unfortunate if this disqualified the day from counting toward things like Epic (not that I'm ever likely to be Epic, but it's the principle!). 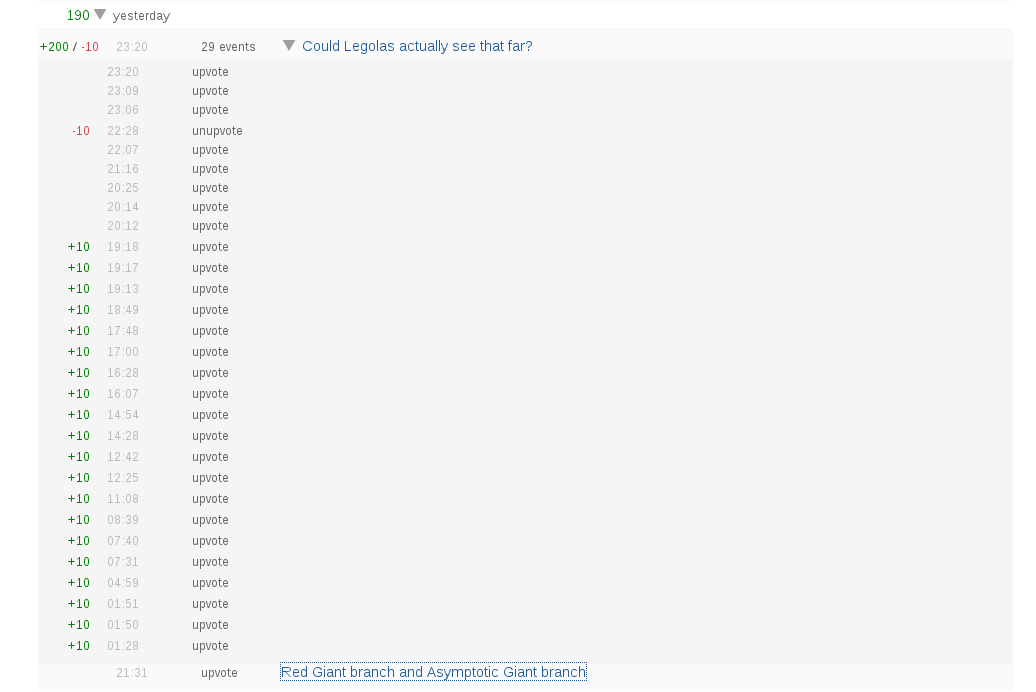 dmckee♦ is correct, this seems to be due to a slow cache. Changes shown at physics.stackexchange.com/reputation show +200.

Not the answer you're looking for? Browse other questions tagged bug status-bydesign reputation .

4
Is it possible to edit a question if you've already approved someone else's edit?
2
The secret to getting rewarded for high-quality answers is ___
4
Puzzling Increase in Rep Points Today
2
Reputation cap for highly-upvoted posts