Is this question about a recent paper on topic?

Is this question on topic? Or should it be?

How come some people are claiming that the Big Bang never happened?

I actually had the same question (namely how valid is the conclusion) but felt it would be opinion based so I asked it in chat. Now that it's on the main page (and the "Hot Questions" bar) we started discussing whether it is on topic or not. No close votes have been cast at the moment, but I thought it might be worth clarifying here.

Reasons those reasons may not be good ones:

So that said, how does everybody feel about it being on-topic?

I personally don't have that much patience for this sort of hullaballoo, which seems to come and go periodically. Nevertheless we do play a role in it, and I think it's important that we respond to these sorts of questions appropriately. The flow goes something like

Our role is to stop it right there. Point out that it depends on frictionless cows and spherical surfaces. Give precise pointers to why the Established Theory does work and to the Mountain of Evidence that supports it. Explain why the new theory needs to explain a substantial fraction of that Mountain of Evidence before we'll start taking it as a real candidate for What Actually Happens in the World.

In short, we sort of need to interrupt the science news cycle pointed out by PhD Comics' Jorge Cham, 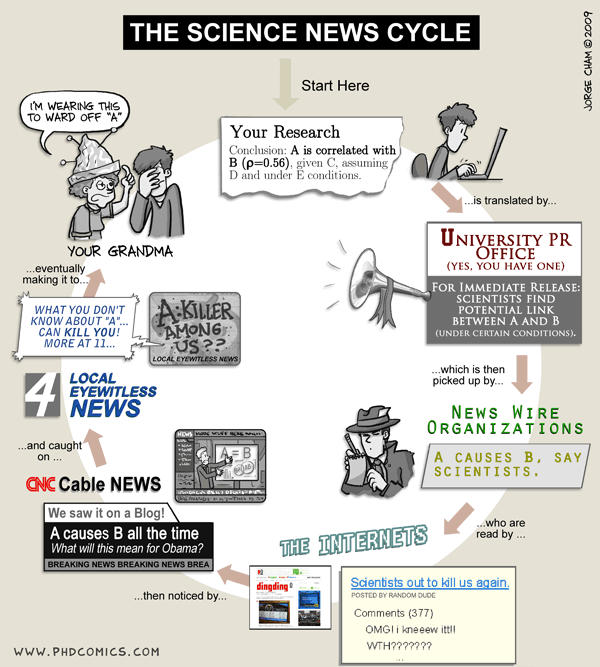 about halfway through. We want it to look something like this: 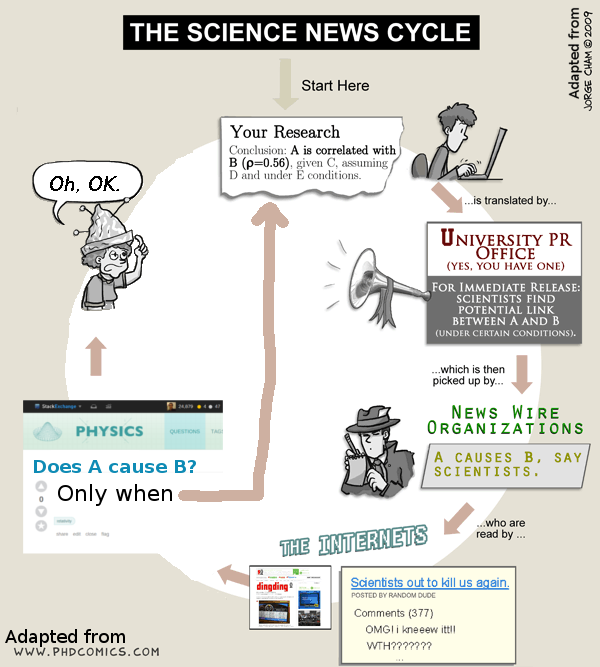 we should be a bit more lax in terms of keeping these questions open. A few comments on the usual close reasons:

Apologies for the long, rambly post. Feel free to shoot me down with reasoned arguments.

Not the answer you're looking for? Browse other questions tagged discussion scope .

30
Is non-mainstream physics appropriate for this site?