Should this "homework-like" question about the AKLT Hamiltonian be reopened, or remain deleted? 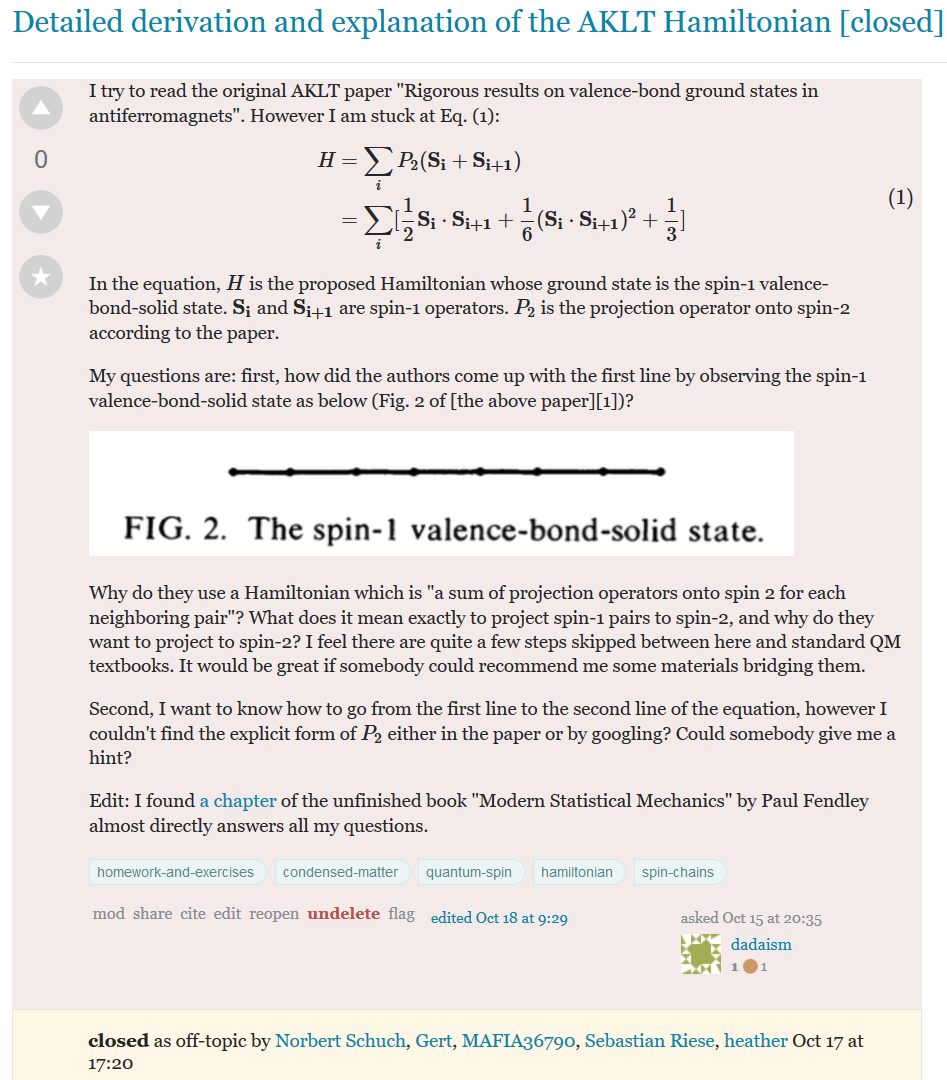 15
Generalizing the homework policy
8
Answering "Homework-Like" Questions With Hints
8
Should poor-quality questions be deleted in general?
6
Why was my question about the Devil's problem deemed a homework question?
8
Question and answer deleted: not in P.SE's interest in my opinion
1
What are the views of PSE community members on moderator deletion of upvoted answers?
1
Another thread about deleted comments
8
What should I do when a question is made duplicate to a not really relevant other question?
13
Getting a better understanding of how and why off-topic homework-like questions get answered before they can be closed
7
How could this question have been asked to avoid closure under the "homework-like question" policy?