I'm new to physics.SE, but I have been contributing to Wikipedia for a while. Now, Wikipedia has a space for people to ask questions: the Reference desk. I was wondering if we could collaborate with the science reference desk. By collaborate, I mean that we should also check for and help answer unanswered questions over there, while they may do the same for us (Ill ask there if we reach a decision here). Aside from that, we can detour out-of-scope questions to each other. I myself was introduced to stackexchange when my question was ignored at RDS and I was told to try SE. Aside from that, RDS gets a lot more discussion on more interesting conundrums.

Interesting idea. Our ability to set up an official collaboration is limited because (like Wikipedia) everyone who contributes here does so on a volunteer basis. However, we could certainly add RDS to the list of places that we can send people whose questions are too discussion-y here, and we could also encourage contributors here to also check out RDS from time to time and see if they can offer input.

A good first step while we figure out what else to do might be to create a community promotion ad for RDS to raise awareness among contributors to this site.

I was also an avid Wikipedian for quite a while. My area of contribution, however, was not physics, and of what I contribute here wouldn't have a place on Wikipedia in fact.

That actually brings me to an important point. Wikipedia and physics SE could duplicate a large amount of effort. Our equations are in almost the exact format needed for Wikipedia. This brings even more points to mind.

What license are contributions to Physics SE covered under? Would it be technically possible to copy work from here to Wikipedia articles? Would it then be admissible under Wikipedia policy?

My imagination is that the answer is certainly "no", although it's interesting to consider since presumably the questions here are asked precisely because they can't be found on Wikipedia or other online texts.

Of course, I've skirted the actual proposal which is about help, I think. I imagine the people at Wikipedia told you to take your questions about physics to the physics SE because generally, a discussion page on Wikipedia is devoted to discussion about an article or project, as opposed to the subject matter of the article. Similarly, the meta site here is for talking about the direction of the Physics SE site, not physics itself.

Honestly, a pet peeve of mine is that Wikipedia is too limited in focus. If I went to WP:RDS, what would I find as the current goals? The WP:OR policy in particular was frustrating to me. It's hard to get a match between what people want and what people are willing to provide on Wikipedia, and I think that SE answers that very well.

Anyway, I've rambled enough. It is an interesting thing to bring up.

This is what I'm thinking of for the community promotion ad: 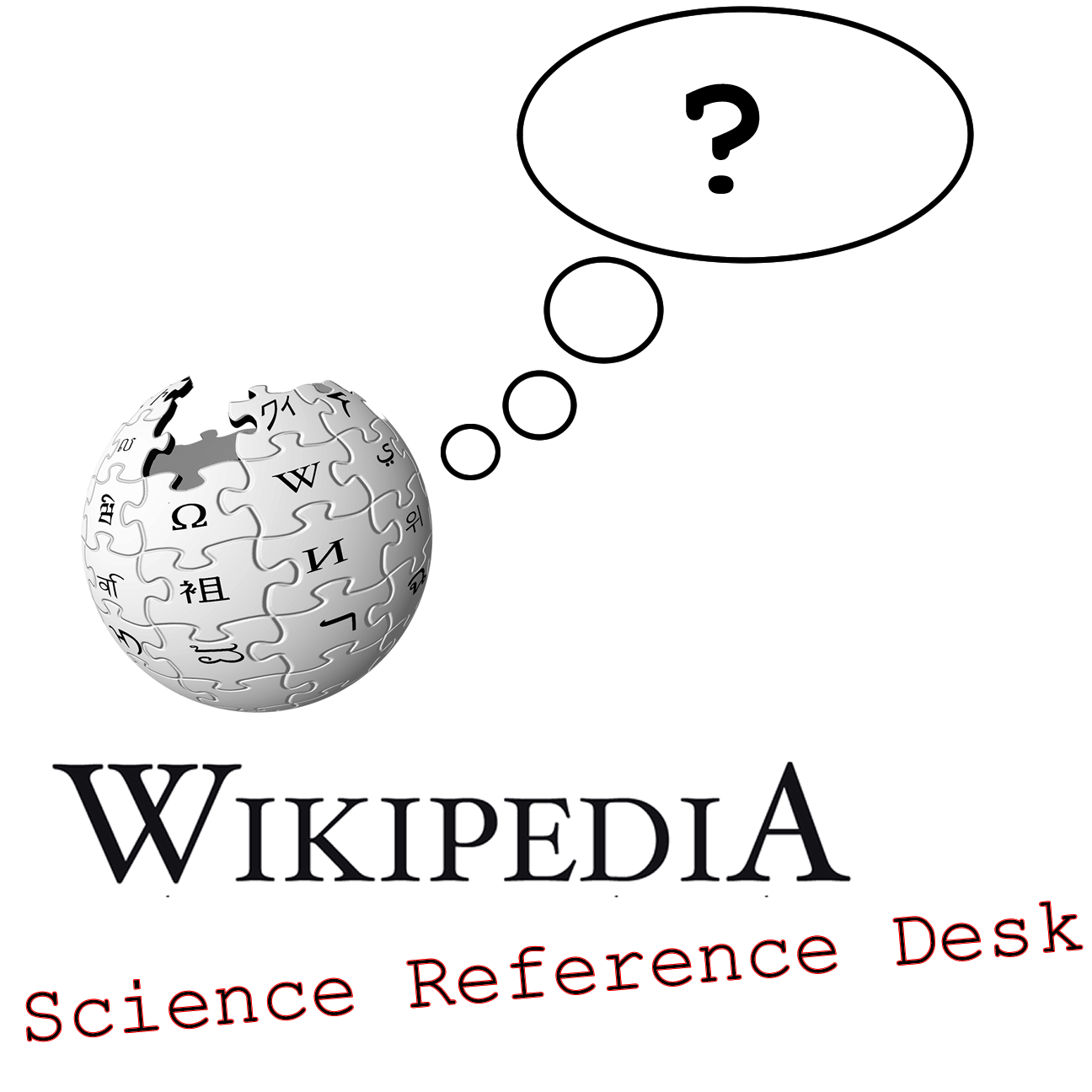 Yes, the fonts and drawing could be improved (any vector graphics whiz around?)

4
Is there a possible way within the SE network for highly localized and specialized questions in the field of physics?
13
Is it part of this site's charter to dispel ignorance and raise awareness of science?
6
Should questions about the first use of a notation be on topic?
3
Is the duplicate policy hindering the site?