Has Physics.SE had this same trolling experience?

This is now the second time at Matter Modeling SE, where we have received this exact same question (both times by an "unregistered user"): 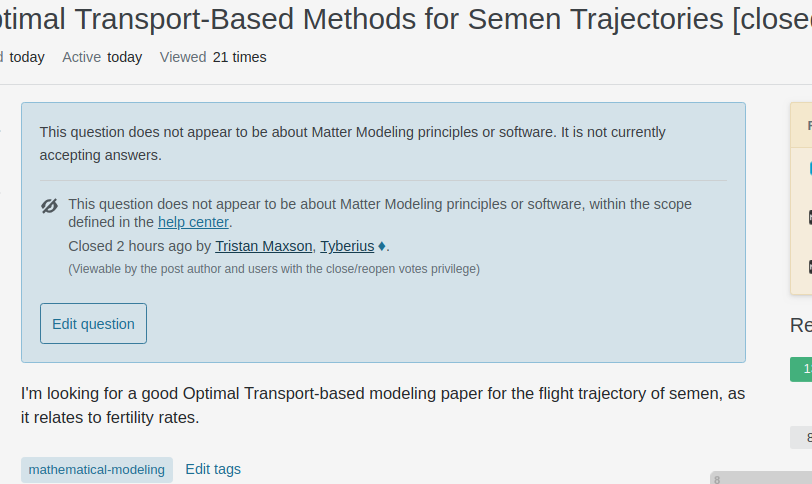 I made the mistake of engaging with it the first time, asking for more details in the comments, for example, and based on the comments it became clear that the user was not truly looking for papers on the topic.

The question was then deleted, but just a few months later, we've got the same question again, this time by another "unregistered user". Unfortunately, one of our newer users who didn't see it the first time, is seriously asking the user for more details (like I did last time).

Has Physics.SE got this exact same question come up too? Because we've now had it twice, and I don't see what the user's goal is with this (it's not like there's a link to an insecure website that steals all my computer's information, it's just a question which wastes people's time). 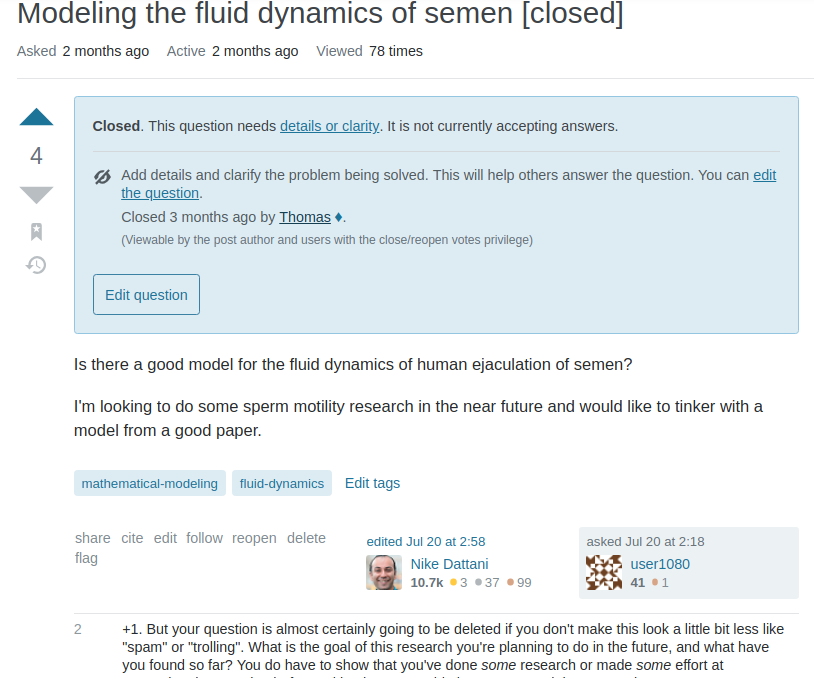 I'm promoting this comment by knzhou to an answer:

We get worse questions every day. Downvote, flag, and move on.

Not the answer you're looking for? Browse other questions tagged .

13
What's the possibility of a Physics.SE community blog?
6
Is it true that Physics.SE gets bored often?
0
Can this question about ice be re-opened?
2
A question (which now looks like it was previously incomplete) being modified in such away that the previous answers become useless
10
Problematic behaviour of user
17
Physics has switched to CommonMark
8
Once a question has been cross-posted on a different site (i.e., a cross-site duplicate) and received an answer on the other site, what should we do?